Yesterday’s Thanksgiving feast wouldn’t be complete without your traditional pumpkin pie. For those of you who know me, know that I love making dishes that take it to the next level and this Brûléed Bourbon-Maple Pumpkin Pie does exactly that. When my Pops and I were researching recipes to make for Thanksgiving, we came across this dressed up pie recipe from Bon Appétit and decided YES! this is the pie we’re going to make.

Pulse cocoa powder, granulated sugar, salt, and 1¼ cups plus 1 tablespoon flour in a food processor to combine. Add butter and shortening and pulse until mixture resembles coarse meal. Transfer to a large bowl. 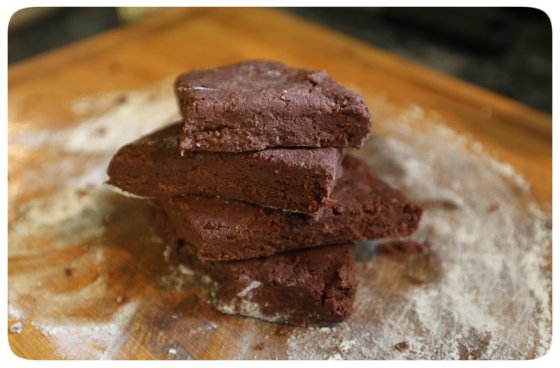 Whisk egg yolk, vinegar, and ¼ cup ice water in a small bowl. Drizzle half of egg mixture over flour mixture and, using a fork, mix gently just until combined. Add remaining egg mixture and mix until dough just comes together. Turn out dough onto a lightly floured surface, flatten slightly, and cut into quarters. Stack pieces on top of one another, placing unincorporated dry pieces of dough between layers, and press down to combine. Repeat process twice more (all pieces of dough should be incorporated at this point). Form dough into a 1”-thick disk. Wrap in plastic; chill at least 1 hour. (You can also do this ahead of time.)

Roll out disk of dough on a lightly floured surface into a 14” round. Transfer to a 9” pie dish. Lift up edge and allow dough to slump down into dish. Trim, leaving about 1” overhang. Fold overhang under and crimp edge. Chill in freezer 15 minutes.

Place a rack in middle of oven and preheat oven to 350°. Line pie with parchment paper or heavy-duty foil, leaving a 1½” overhang. Fill with pie weights or dried beans. Bake until crust is dry around the edge, about 20 minutes. Remove paper and weights and bake until surface of crust looks dry, 5–10 minutes. Brush bottom and sides of crust with 1 beaten egg. Return to oven and bake until dry and set, about 3 minutes longer. (Brushing crust with egg and baking will prevent a soggy crust.)

Pour maple syrup in a small saucepan; scrape in seeds from vanilla bean  and bring syrup to a boil. Reduce heat to medium-high and simmer, stirring occasionally, until mixture is thickened about 3 minutes. Remove from heat and add cream in 3 additions, stirring with a wooden spoon after each addition until smooth. Gradually whisk hot maple cream into pumpkin mixture. 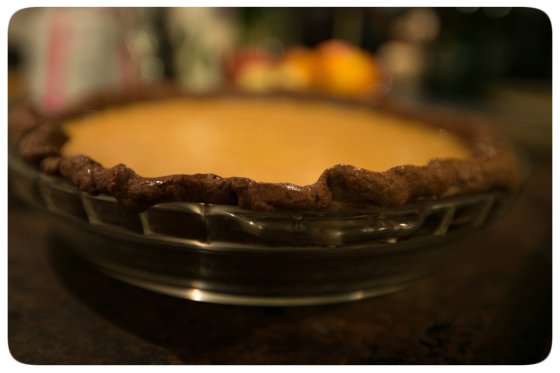 Just before serving, sprinkle pie with sugar and, using a kitchen torch, brûlée until sugar is melted and dark brown.

With our gardens filled with persimmons and pomegranates and Thanksgiving around the corner I was inspired to throw a few of my favorite fruits together and make a festive salad. Simple and delicious with colors that scream Fall, this salad will be a great addition to your Thanksgiving feast or a new just because treat. And don’t worry if you don’t think persimmons are your thing, give this combination a chance and you just might become a fan . 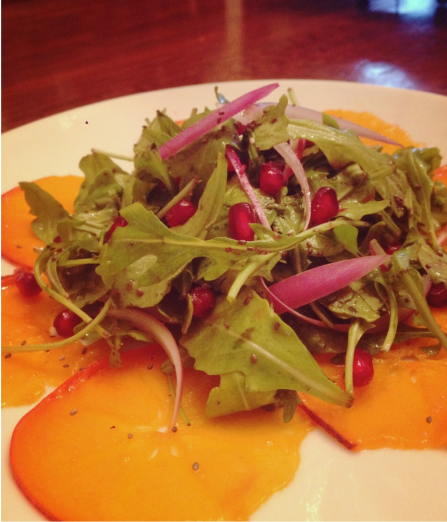 FALL in LOVE with FALL salad (for 4)

I started off by slivering off round thin pieces of persimmon ( I used a mandoline) which can get tricky since some might not come out perfect, but its for taste so don’t worry. Place each sliver one by one covering each individual plate as I did or on your dish of choice if you are making a bigger salad. Take the arugula and toss with olive oil, fresh lemon juice and season to taste with salt pepper and when its ready place the greens in the middle of your dish so the persimmons are still visible. Add your red onions slices and I actually added slices of fennel as an afterthought which was great, and then top it off with sprinkles of chia and pomegranate seeds.  The salad is not only visually appetizing but taste amazing and fresh. Hope you enjoy! 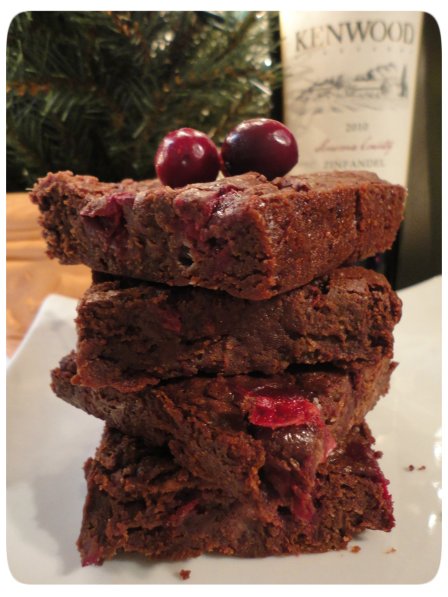 Happy Holidays to all of our friends and family. Here is a simple, yet extremely decadent holiday treat incorporating chocolate (always an all time favorite), a little wine and tart cranberries.

Pour the Zinfandel and 3/4 cup of fresh cranberries in a saucepan and reduce down to 1/2 cup. Set aside and let cool slightly. Melt chocolate and butter in a double boiler. Don’t have a double broiler? Place a metal bowl over a pot of boiling water and melt chocolate and butter by stirring occasionally.  Let cool slightly. In a mixer bowl, combine the eggs, sugar, zinfandel reduction (make sure this is slightly cooled) and vanilla and mix until fluffy. Add chocolate mixture to the sugar/egg mix. Fold in flour until just mixed in. Drop in remaining fresh cranberries and mix slightly. Pour into a half sheet covered with parchment or foil. Bake at 350º for 25 minutes or until the center comes out clean with a toothpick or knife.
Makes 24 brownies.

Zinfandel, of course! Some personal favorites are Creekview Vineyards Old Vine Zinfandel, Bella Maple Vineyard Dry Creek Valley Zinfandel and Kenwood Vineyards Sonoma County Zinfandel. How about you? What are some of your favorite Zinfandel wines?